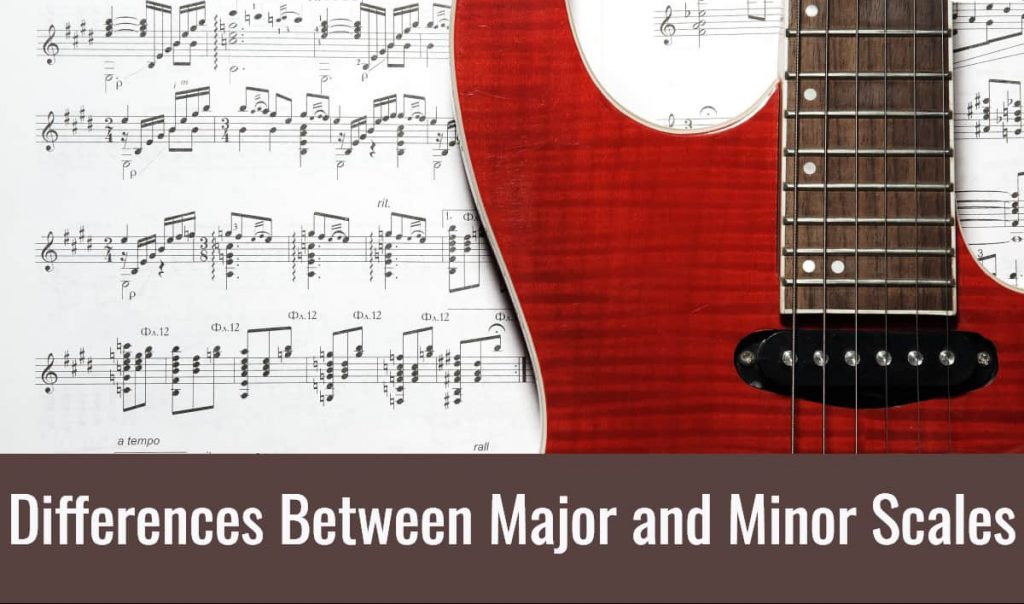 Music theory, especially for the beginner – and sometimes for the intermediate as well – can be confusing. Musical scales can seem especially daunting. Major scales and minor scales, pentatonic, blues, harmonic minor, the variations are almost endless. Scales, however, are very important as they are the foundation of music itself.

The four most basic scales for contemporary music are:

The easiest way to begin learning is to understand 2 fundamental differences between major and minor scales. Once you have a firm understanding of that, you can then move on, building on that firm foundation.

Have you ever heard a vocalist warming up or seen the movie or the stage play The Sound of Music? If so, then you are no doubt familiar with do-re-mi-fa-so-la-ti-do sung with each note increasing in pitch.

Guess what? You already know the major scale, simple right? This scale can be learned in any key, but it’s easiest to start out in the key of C, because there are no sharps and flats. The notes in the C major scale are:

This pattern applies to the major scale in any key. Overall, there is a simple formula for major scales.

This can also be notated as:

Using this pattern, the major scale in the key of D would be:

The major scale plays such an important part in popular music today is because so many chords can be built from the notes in the major scale. Practicing scales built on the major scale also tends to be easier because the sequences are easier to memorize and can be moved around on the fretboard without too much thought.

The major/Ionian scale is most commonly used in modern guitar for all styles of popular music.

To illustrate, the relative minor of the C major scale is A minor. 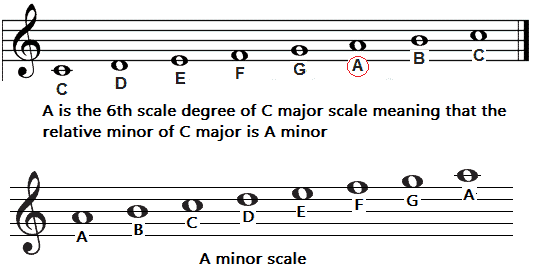 As with the major scales, this pattern remains the same regardless of the key signature.

Based on the formula, we have B minor scale:

Minor scales tend to be described as more somber and melancholy sounding, so many pieces of classical music, particularly those created for masses and requiems are composed based on the minor scale. Songs composed based on the minor scales are often highly “colored”, a prime example being Jimi Hendrix’s rendition of the Bob Dylan classic All Along the Watchtower. They can also be distinctly foreboding feeling, making it a great option for songs like Santana’s Evil Ways and Booker T. Jones’ Born Under a Bad Sign.

The best way to see this difference is listening to these sound samples:

It’s easy to see that a minor 3rd is one note lower than a major 3rd (a half step). These intervals make the typical tone of those scales. In details, major scales produce bright tones and ‘happy feelings’, but minor scales produce darker tones as well as ‘sad feelings’.

Let’s take some examples for C Major and Minor scales:

3. What You Need To Understand Next?

Due to their significant role mentioned above, when expanding to more advanced types of scale (Major/Minor pentatonic scale, blues scale …) and comparing with the natural major/minor scales, you should notice that 2 scales, which have the same root note, may have different notes because it may be removed, replaced by other notes having higher or lower step, but the 3rd note (o) always remains although its position in the advanced scales might be changed.

– A minor pentatonic scale: A (Root note) – C – D – E – G – A (Comparing with A natural minor scale, the 6th note is removed but the 3rd note still remains although its new position is down to the 2nd).

By this time it’s understandable that your head might be about to explode, but we hope we’ve opened up some new possibilities for you. Improvisation is great and it’s very possible to write songs without knowing theory, but it opens up so much more when you understand why something sounds good and how it all works.

It’s not something that you have to do all at once either. Take it in small pieces. When you were first learning to play, you didn’t jump right into Steve Vai solos, it was a process. The same applies to learning all of the scales and modes.

Start slowly and build your knowledge. I promise you that, down the road, you’ll be glad you did.