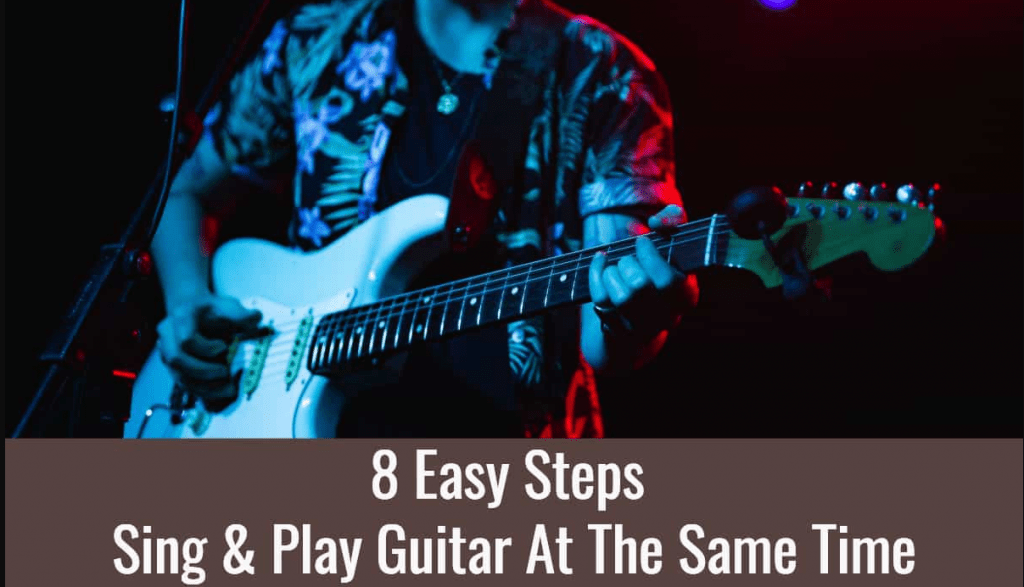 Quick, what do Metallica frontman, James Hetfield, country singer Brad Paisley and late blues phenom Stevie Ray Vaughan all have in common? The answer is that all three are great singers as well as very accomplished guitarists.

It’s a skill that even someone like me, who’s been playing guitar going on many years now, has never quite mastered. Oh, I’m good for a chorus or two of KISS’ Rock and Roll All Night, but when it comes to taking my show on the road, let’s just say I’m not quite there yet.

It’s a common problem, especially when you’re just starting out. You’re brimming with ambition and great ideas, you’ve practiced your instrument, you’re ready to hit the stage, but you just can’t seem to put it all together.

Fortunately, I have friends, all pretty accomplished musicians, who play the bar scene and in small venues across the Southern U.S. and I’ve been able to interview them to find out how they do it. How do they sing and play guitar at the same time? I’ve been able to distill their comments into 8 steps that will help you learn to, or become better at, singing and playing guitar at the same time.

What You Will Need?

All you really need is a guitar, your voice and records/CDs/digital files of the music you plan to play. That’s it. Of course, it’s much easier to learn with cover songs rather than original material at first for a couple of reasons. First, the songs are more familiar to you so it will be easier to remember the music and lyrics. Secondly, you won’t be tempted to make changes mid-song. You’re supposed to be learning a new skill, remember. There will be time to tinker with your original songs later. 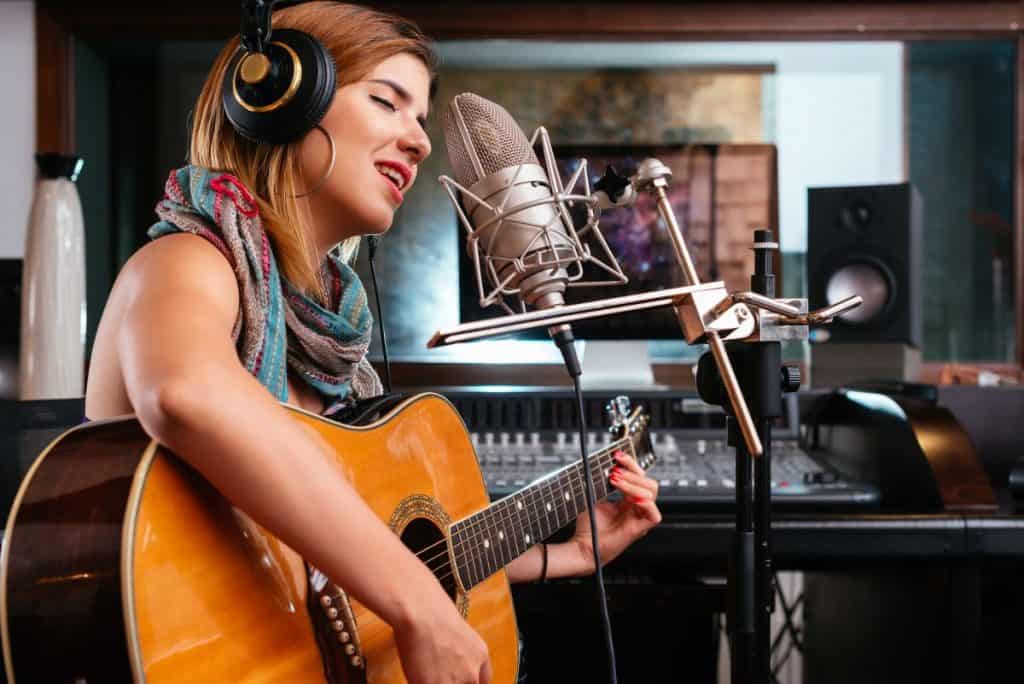 No, I mean really know your songs. It’s impossible to do two things at once, especially creative things like making music. If you are going to play guitar and sing at the same time, you have to commit one of those things to muscle memory. If you are like 99% of us, that is going to be the guitar playing.

This means you have to know your music backwards and forwards. Chord changes and notes are going to have to come effortlessly. You can’t be looking down at your fretboard trying to figure out where your fingers go next. It’s just not going to work that way.

Also, know your lyrics. If you have ever watched one of these TV singing competition shows, you know how common the phenomenon of forgetting the lyrics is. It happens all the time. Listen to the songs frequently.

One guy I know goes to sleep with his earbuds in and a playlist of the songs he is trying to learn on his smartphone. I don’t know how effective that is, but listen, listen, then listen again. Learn where the changes are and practice until they become an ingrained habit.

Step 2: Write down the lyrics

Whenever I need to remember something, I always write it down. It’s like taking notes in class or in a business meeting or presentation. The act of physically writing things down actually helps you remember them. Don’t be tempted to go to the Internet and look for the lyrics and copy them from that. Listen to the song and write the lyrics down as the they are being sung. This will serve to further ingrain them into your memory.

Step 3: Singing along to the song 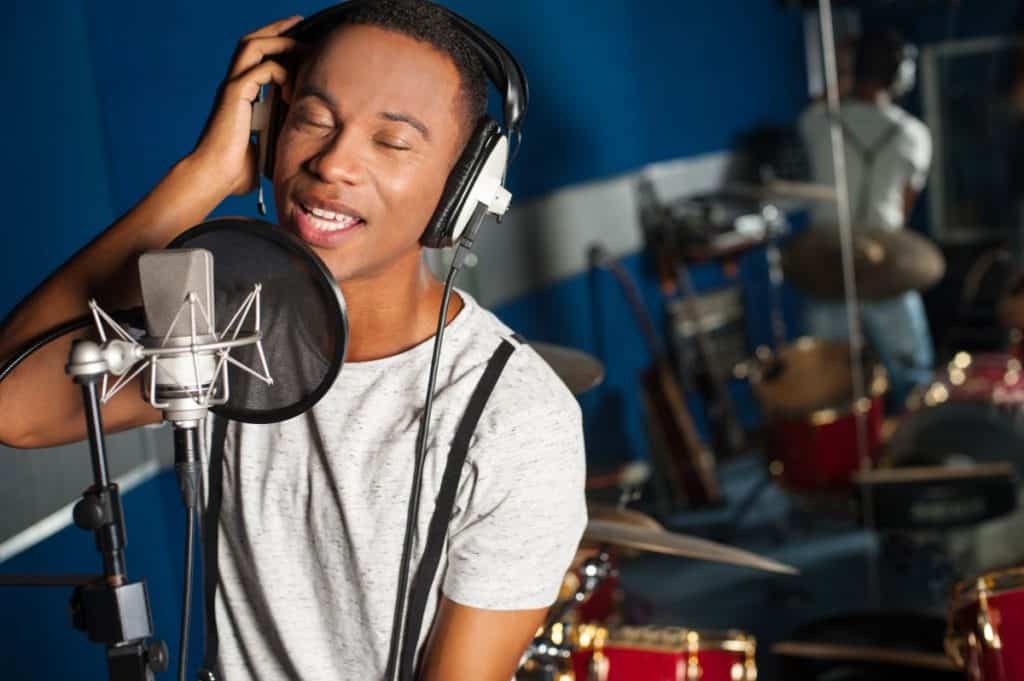 There is no better way to learn the exact phrasing and cadence of a song that to sing along with a recording and try to match the vocals exactly. This exercise is purely about the vocals, not playing the guitar yet.

Ensure that you are hitting the right cadence and are on key. The most common problem when you are not completely comfortable with a song is that you have a tendency to speed up the tempo of the song when you are singing it. Practicing with a metronome may help you stay on time, especially with the rhythm of melodies.

This will help you perfect your technique and ensure that the sound you think you are making is the sound the audience hears. It may be awkward hearing yourself for the first time, but in time you will get used to it. Listen with a critical ear and be honest about your performance. If it doesn’t sound exactly the way you think it should, that’s fine. You have time to practice more until you get it right.

Lining up the lyrics with the chord changes is key in leaning to play and sing at the same time. If need be, you can make a note on the page you wrote the lyrics on, writing the name of the chord in the spot where the change occurs, even if it’s mid word.

See example circled in red below. After a few times through, you’ll notice that you brain begins to anticipate where the chord changes need to occur and it will become automatic.

As you become more confident, you can add eighth notes strumming patterns or upstrokes and get a little fancier. Remember though, you are just trying to build proficiency at this point. It’s best to leave more intricate patterns, finger picking or soloing to a little bit further into the process. The following is an simple example of eighth-notes strumming pattern adding upstroke.

Step 7: Build on that

This is where you put it all together. You can begin to add more flourishes and complexity to your playing at this point. Again, it’s important to keep recording yourself throughout this process. Going back and listening to your performance will help you pick up on things you would otherwise miss.

I found in my own situation that as the song went on, I began to increase the tempo without even realizing it. I believe that subconsciously I was just trying to get through to the end of the song, and in doing so, ended up rushing it.

Playing with a metronome, drum machine or drummer will help ensure that you remain in time. You will probably have to go through it several times before you get it just right, but then that is the purpose of rehearsals, practice, practice, practice.

Step 8: Think of the song as all one thing

Once you can do this with a song, it will become natural to think of the lyrics and the music as a single thing, a unit that all goes together. If you’re anything like me, you’ll get to the point where playing certain songs has you singing along, even if it’s just in your head.

Like any skill, you’ll get better as time passes. Eventually, you should get to the point where you can even sing in perfect harmony with your band mates or fellow musicians like a real pro.

I hope you found the advice in this article helpful. By following the steps outlined and keeping at it, I have no doubt you will find success in becoming a very competent vocalist/instrumentalist. It’s always beneficial to have that line on your musical resume.

There are tons of bands out there looking for a musician who can not only play his or her instrument, but be able to sing as well. You will also find that as you develop the ability to sing and play at the same time, it will also increase your ability to write songs and be a vital contributor to the artistic direction of your band.